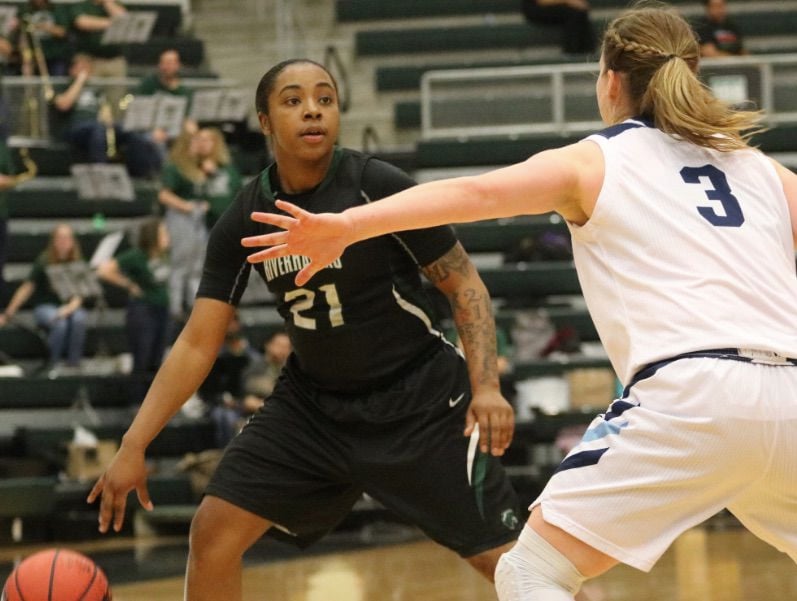 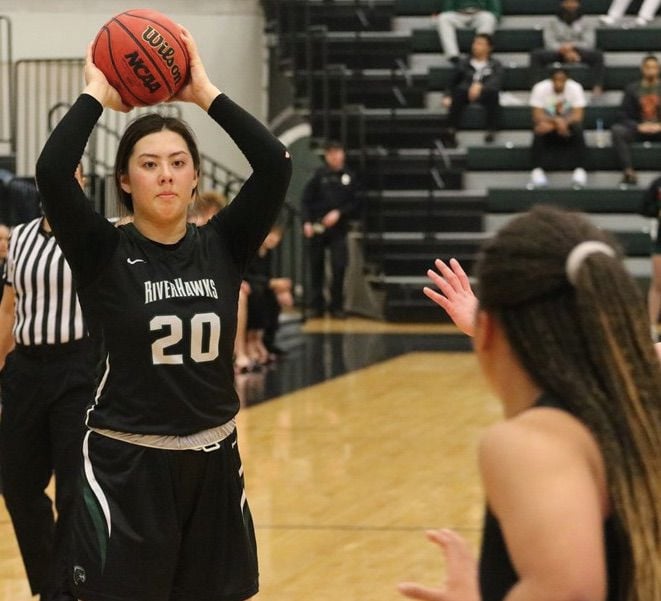 Brittney Ho, Wichita, Kansas freshman looks to pass the ball during a home game against Washburn. The RiverHawks lost the game 55-62. 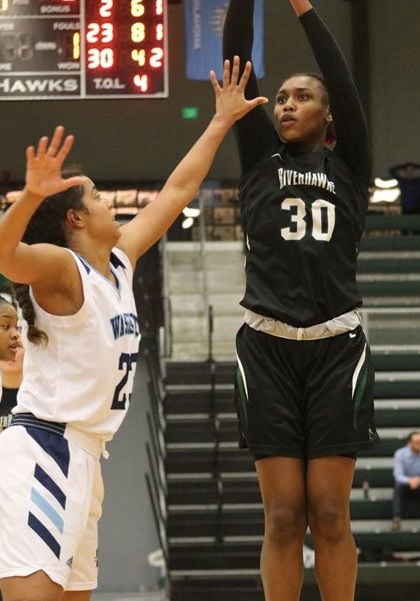 Brittney Ho, Wichita, Kansas freshman looks to pass the ball during a home game against Washburn. The RiverHawks lost the game 55-62.

The women’s basketball team finished their season on February 27. The RiverHawks played against Emporia State, losing 49-74. Overall, the women won five out of 26 games. In conference, they won three of 19. All of their winning games were at home. They won two consecutive games early in the season. They beat Bacone 96-49 and University of Arkansas Fort Smith 73-57. The RiverHawks then won their first conference game at home against Newman, 66-60. They then won their last game of 2019, 81-60 against Rogers State. Their last win was against Lincoln, where they put up 67 points against 47.

Tree Brooks, Tyler, Texas graduate assistant, was a redshirt senior this season. After tearing her ACL twice, she took a year off during her undergraduate years and had the chance to finish her fourth year as a RiverHawk. She said she was proud of the team even if the statistics are not what they wanted.

“We never gave up,” said Brooks. “We always played to the end, no matter what the score or our record was.”

Her greatest achievement during her career was being able to get on the court again after her ACL tears.

Brittney Ho, Wichita, Kansas freshman, works hard on and off the court. She believes a good work ethics is the key to success on the court and in the classroom. She said she realized how important a good work ethic was during this season.

“Being a student athlete isn’t as glamorous as it always seems,” said Ho. “Time-management played a huge role this season. I had to work hard and present my best self every time I stepped foot on the court, in a classroom or in my relationships.”

Before the season, the team set goals to achieve by the end of the season. Ho said cohesion and unity was the main goal for them. She said they worked hard toward that goal, and she feels the relationships she has made with her teammates have proven that goal to be reached. Ho also set personal goals. She said she came to NSU to change the culture of basketball.

“I wanted to change the program,” said Ho. “With my talented teammates and the coaching staff, I truly believe that we started to turn a corner this year, and I think that more great things are to come in later seasons.”

“The bonds I have made with these girls are so valuable to me,” said Ho. “We became sisters and developed relationships that will go beyond the basketball court.”

Cielo McClain, Killeen, Texas sophomore, played her part on the court this season. She averaged five points a game as a forward and she put in the work to give her best game during conference. She said she realized how important it is to be able to play different roles on the court.

“My biggest takeaway from this season was how vital it is to know each position on the court,” said McClain. “I wanted to help the team be successful and do whatever they needed me to do.”

McClain said the RiverHawks did not meet the goals they were trying to meet when it came to wins or conference play, but they worked hard and persevered through every game.

“Now, we are focused on getting better and working toward new goals for next season,” said McClain.

The RiverHawks are looking at next season with optimism. They are excited to get back on the court and put in work to have a successful season next fall and spring.

For any questions about RiverHawks basketball, email Fall Bullock at bullockf@nsuok.edu

Welcome to the discussion.

Keep it Clean. Please avoid obscene, vulgar, lewd, racist or sexually-oriented language.
PLEASE TURN OFF YOUR CAPS LOCK.
Don't Threaten. Threats of harming another person will not be tolerated.
Be Truthful. Don't knowingly lie about anyone or anything.
Be Nice. No racism, sexism or any sort of -ism that is degrading to another person.
Be Proactive. Use the 'Report' link on each comment to let us know of abusive posts.
Share with Us. We'd love to hear eyewitness accounts, the history behind an article.

Sorry, there are no recent results for popular images.

Sorry, there are no recent results for popular videos.

Sorry, there are no recent results for popular commented articles.

Say 'salut' with your next home meal

Five Tips to Help You Get Better Sleep Now